Why We Stopped Going to Manuel Antonio National Park

According to Costa Rica’s National System of Conservation Areas (SINAC), Manuel Antonio National Park was created in 1972, “dedicated to conservation, research, and ecological tourism oriented towards environmental education”. It quickly became one of the most visited National Parks in Costa Rica.

But we are no longer going and there are some good reasons why...

What comes to your mind when you think of a National Park?

Beautiful landscapes. The sounds of wild animals around you. Cool hiking trails. Peace at last. You get it…

I bet you don’t think about raccoons opening up your backpack and stealing your lunch while you’re sunbathing. It sounds ridiculous, but it has happened to me and many other U30X travelers. And although it makes for a hilarious Instagram story, the underlying problem is not funny at all.

The Manuel Antonio National Park was an included activity on our Starter Costa Rica Trip until other Trip Leaders and I learned about the impact tourism is having on the animals in the National Park.

1. Negative impact on the wildlife

For many years tourists have been feeding the animals, especially monkeys, raccoons, and birds to attract the animals, and of course, for pictures. The Park Rangers were not attentive to this and what tourists don’t realize is that giving food to the animals has major consequences, as we always explain to our travelers.

In 2015, the Costa Rican Newspaper, La Nacion, reported on these consequences stating that “the animals diets have changed, replacing fruits and leaves from the forest with cookies, crackers, sweets, and fruits containing high sugar levels”. The animals are now at risk to suffer from bone problems, obesity, diabetes, and tooth decay.

The animals in the park are becoming more and more aggressive and comfortable with human interaction, looking for food and many times preventing our groups from picnicking in peace and walking down trails.  Costa Rican Wildlife Laws strictly prohibits the feeding of wildlife but people don’t respect the law and it is causing damage to the wildlife in the park.

Other negative outcomes from feeding the wildlife include:

You can find more reasons not to feed the wildlife here from our friends at the local organization Kids Saving the Rainforest.

2. Administration of the National Park

Manuel Antonio Park is one of the most visited parks in Costa Rica. According to The Tico Times, 436,466 visitors entered the park in 2016. The park’s website states that the daily amount of visitors allowed in the park is 600 on weekdays and 800 on weekends. When you do the math, accounting for the park being closed Mondays, that’s an extra 228,466 tourists entering the park beyond the limits set on the park’s website!  Something does not add up...

According to the Costa Rican newspapers La Nación, La Prensa Libre, and CRHoy, between 2009 and 2017, Manuel Antonio Park and the Ministry of Environment, Energy, and Telecommunications (MINAE) had to be criminally reported by the Ministry of Health. Here are a few of the complaints:

While the authorities are looking for solutions to the problems, overtourism continues to affect the infrastructure of the park and damages the fragile ecosystem.

We have some hope because the Inter-American Development Bank has invested over $250,000 USD on improvements to the Costa Rican National Parks but the process is slow.

The Costa Rican Government recently invested about $27,000 USD according to La Asociación Costa Rica por Siempre (ACRXS) and the Área de Conservación Pacífico Central (ACOPAC), but we still feel none of this will be solved without addressing overtourism.

The last reason we’ve stopped going to the Manuel Antonio National Park is that Under30Experiences Trip Leaders, pride ourselves on taking our travelers on the road less traveled. Staring at the same ball of fur 30 feet up in a tree (allegedly a sloth but can we really be sure?) next to 50 other tourists is anything but the road less traveled.

We want to show you the places you can’t discover on your own. The secret stuff that differentiates you from all the other tourists. The things that make you a traveler. You can easily walk the National Park on your own. You don’t need us to take you there.

Ok rant over. Now I’m sure you want to know what activity we’ve replaced the park with.

As of this year, our goal is to incorporate an included activity within each of our trips that can support a local community or support environmental sustainability efforts.

And guess what? This activity includes both. Like I said before, we are travelers and travelers give back!

So, we have started a community project on a small island near Manuel Antonio called El Cocal.

About the "El Cocal" Project

El Cocal is a humble island mostly inhabited by people who started migrating to Costa Rica in the 80's due to the social-political situation in the Central American countries and moved to Costa Rica for work and better quality of life.

The island's population is about 500 families or roughly 2,000 people, who are mostly engaged in traditional/subsistence fishing. Most of the immigrants that live in El Cocal moved and built their houses on this island because it was not inhabited by anyone. They didn’t have to pay for the land, taxes or constructions permissions, and now they have a home for their families.

Many of the immigrants on the island are from Nicaragua who moved to Costa Rica to look for better living conditions. According to minimum-wage.org the approximate national minimum wage in Nicaragua is about $2,218 per year while the Costa Rican yearly wage is $5,334 per year.

Currently, Nicaraguans are battling political unrest. As reported by the Nicaraguan Association for Human Rights (ANPDH), Nicaraguan President Daniel Ortega’s police and paramilitaries have killed 285 people, mostly students and other young protesters; but now families, children and innocent bystanders are among the dead. The Nicaraguans are demanding the president’s ouster and a return to democracy.

The reasons to leave Nicaragua are more than justified. According to the Mayor of Quepos, the inhabitants of El Cocal found the land many years ago and built their respective homes on it regardless of the very high social risk. The government does not provide electricity, trash pickup, or other basic amenities, because of the population’s vulnerability to natural disasters, and the municipality does not have enough resources to relocate them to a safer site.

The residents of El Cocal must rely on their ingenuity and resourcefulness due to the lack of government support for their community.

When you hop on the ferry and cross over to El Cocal, you get transported to a different side of Costa Rica. The people of El Cocal may have very little, but the community is rich in history and multiculturality: a vibrant mix between Nicaraguan, Costa Rican, and other Latin American cultures. The people who live on this small island want to support each other.

We met one Costa Rican woman, Anabelle, an anthropologist and resident of El Cocal, who is working with the youth and helping them retrace their unknown family history. If successful, there will be a huge family tree available for all of El Cocal to see with the residents’ respective roots.

We met directly with a community leader and convenience store owner, Giovanni, to discuss what Under30Experiences can do to support El Cocal. From what Giovanni tells us, the families in the neighborhood have a lot to offer, but little resources to execute their ambitions. We want to empower the El Cocal community to take care of their home and improve their situation.

How are we doing this? Here is the yummy part.

After multiple meetings, we have agreed on a project that will benefit not only the people of El Cocal but our travelers as well as part of a dynamic cultural activity.

Many different families from El Cocal have welcomed us into their neighborhood and offered to teach us how to cook delicious traditional food in their colorful Community Center-turned kitchen. Our budget spent at the National Park now creates a beautiful cultural exchange between our travelers and the kind community of El Cocal.

Part of the money we pay for the cooking class goes to the families that teach us how to cook and some goes to buy the groceries. The leftover money goes to the Community Center's fund to sponsor projects in the neighborhood like building a new park with exercise machines or helping a family affected by recent flooding.

We hope you welcome this new change with an open mind, as we have worked hard to make our itineraries more impactful for both the communities we are working in and for YOU.

Interested in taking part of the El Cocal Cooking Experience? Join us in Costa Rica! 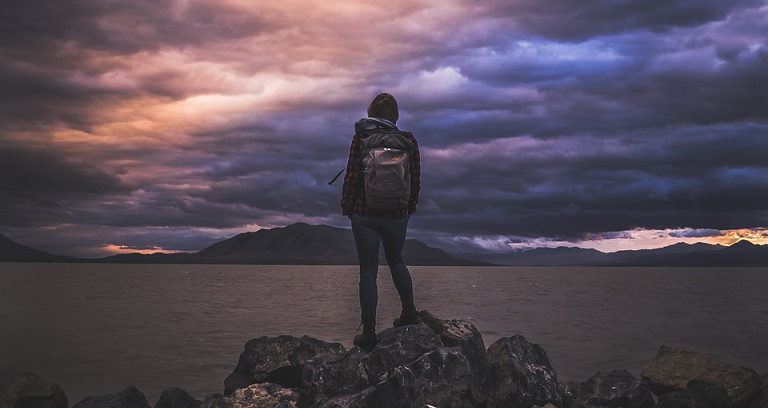 How to Be an Eco-Conscious Traveler 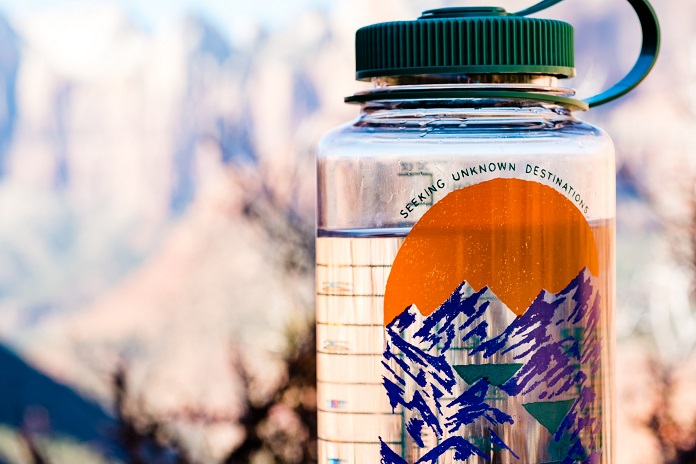 Eco-Friendly Travel Products to Pack for a Green Vacation 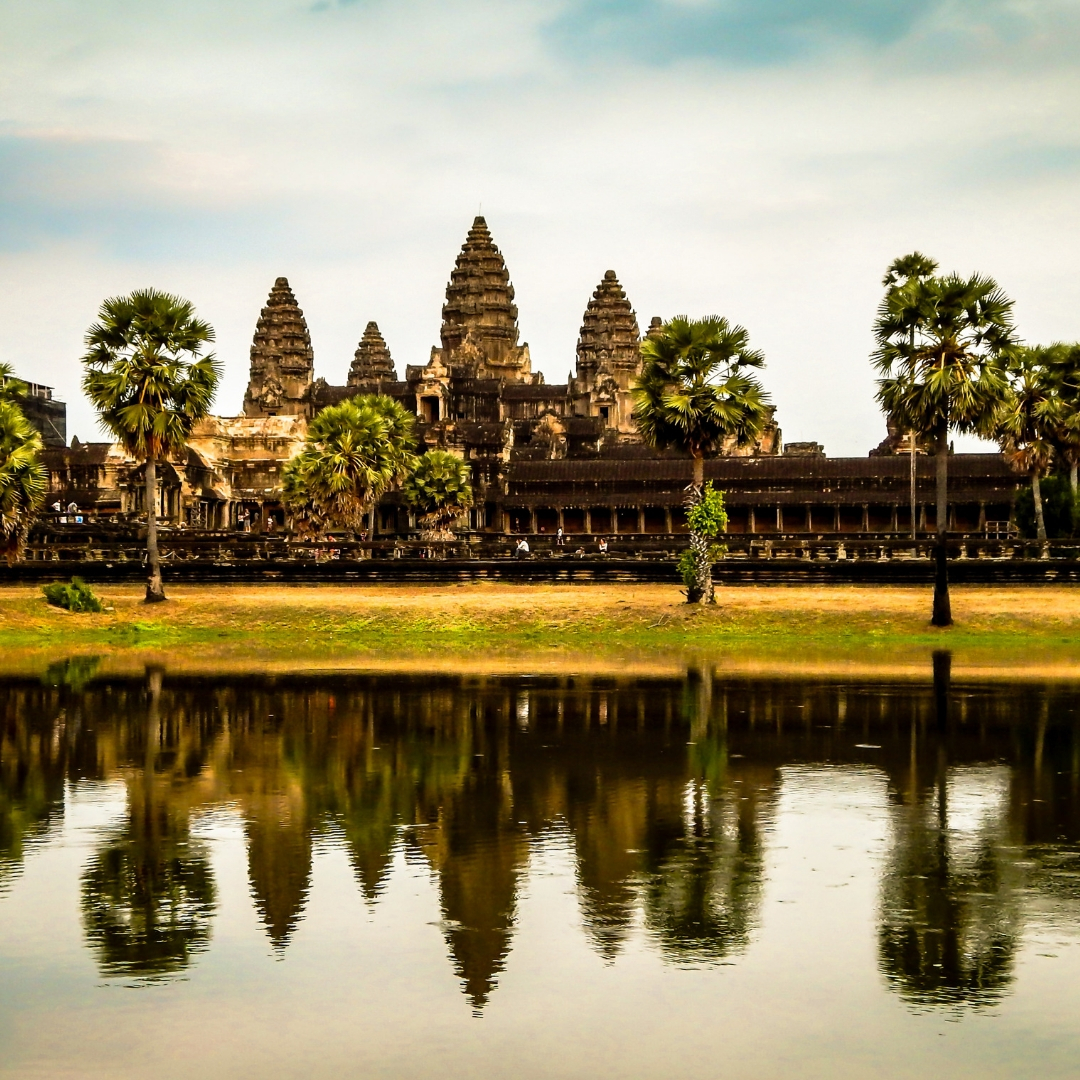 Delphine Zebouloun
Delphine is trip leader and travel writer for Under30Experiences. A France native turned California girl, Delphine enjoys frolicking in nature, surfing, and chocolate croissants. Five years ago, she traveled to Costa Rica and fell in love with the country. She has lived there ever since, continually learning, exploring, and giving back to her new home.