when paid in full at checkout

Blessed with diverse landscapes from its pristine beaches to smoldering volcanoes and dense jungles, Indonesia has something for everyone.

Java is Indonesia’s main island and home to the country’s cultural and artistic capital, Yogyakarta.  Visit two of Indonesia’s most famed archeological sites, the ninth century Buddhist temple complex of Borobudur and Prambanan, the largest Hindu temple in Indonesia.

Indonesia’s smallest island, Bali, rank’s atop most travelers’ bucket lists.  The island adheres to traditional Balinese Hinduism and makes for an extremely unique cultural visit. Explore the peacefulness of temples and rice paddies on the island commonly referred to as “the island of gods”.

Trip begins at Yogyakarta International Airport (YIA) at 1:00 pm
Please book your arrival flight a few hours before this time

Arrival time is not mandatory, but guarantees included group transportation.

Trip ends at Ngurah Rai International Airport (DPS) at 11:00 am
Please book departure flight a few hours after this time

Departure time is not mandatory, but guarantees included group transportation.

This trip is relaxing and includes light activities with optional moderate activities. Participants can decide how much time they spend being active. No physical preparation is required to make the most of the experience.

This trip is a good mix of activity and relaxation and includes moderate physical activities. Participants should expect to be active 3-4 hours most days. An active lifestyle is helpful though not required to enjoy the trip.

This trip is for those who enjoy being physically challenged and reaping the rewards. It includes moderate to intense physical activities and participants should expect to be active 6-8 hours most days. Participants should have an active lifestyle. 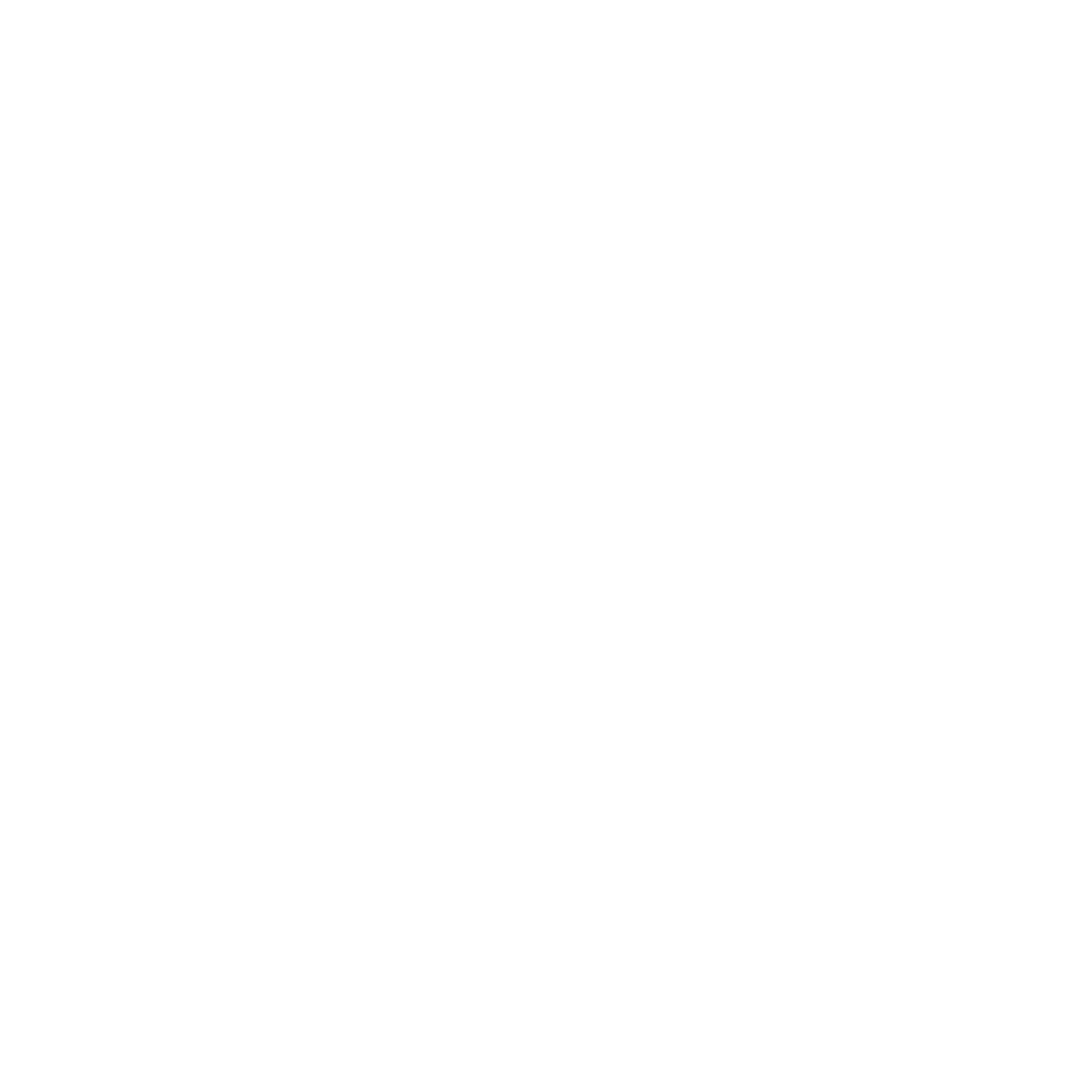 This trip has a 30-day cancellation policy. Give us at least 30 days notice and you can switch your trip for free, or we'll hold your Experience Credits for future use.

Because this trip has non-refundable tickets we have a 60-day cancellation policy. Give us at least 60 days notice and you can switch your trip for free, or we'll hold your Experience Credits for future use.

Walk amongst the 500 temples dedicated to Shiva, a Hindu god, at the Prambanan temple complex. Watch the sunset blaze over the temples before feasting on an included Indonesian dinner.

Enjoy a performance of Ramayana ballet, a representation of an ancient Indian poem in which Prince Rama attempts to rescue his wife, Sita, from the clutches of a demon king, aided by an army of monkeys.

Learn about Javanese culture on a tour through the Palace of Yogyakarta, the seat of the reigning Sultan, and explore the impressive gardens at the Tamansari Water Castle.

In the evening, partake in a guided walking tour through the city and taste Yogyakarta’s iconic dish, Gudeg, a curry dish made from jackfruit.

Enjoy breakfast at the hotel before enjoying a train ride through the beautiful Indonesian countryside. Sit back, relax, and take in the scenery.

Arrive to the former Dutch colonial town of Malang, located in the highlands of East Java. Walk the mansion lined streets, admire local street art, and step out of your comfort zone to taste authentic Indonesian street food.

Head out with your new group of friends for an included meal underneath the city lights.

Waterfalls and a Rainbow Village

Escape the hustle and bustle of city life and head to the jungle to experience the 275-foot Coban Rondo Waterfall. Take in the lush green scenery and splash around in the nearby tropical river.

Wander through the narrow streets of Jodipan village where each house is painted in bright colors resembling a rainbow.

Settle in for the evening at the base of Mount Bromo and get a good night’s sleep for tomorrow’s incredible adventure.

Ever wonder what the inside of an active volcano looks like? Today is your day!

Rise early to see the sunrise revealing the moon-like landscape of Mount Bromo as smoke emanates from the volcano. Trek across the “Sea of Sand” and climb the 246 steps for a view into the crater.

Drive through the beautiful foothills of the Gumitir Valley making your way to the remote town of Kalibaru--a little town surrounded by plantations.  Settle into your boutique cottages and relax in the cool mountain air.

Plantations and on to Bali!

Tour local plantations and learn how rubber is processed, coffee is dried, and cacao is fermented. Taste local snacks like fried bananas and enjoy a freshly brewed cup of coffee.

Take a ferry across the Java Strait to the west coast of Bali!  Travel to the charming coastal village of Pemuteran, one of Bali’s hidden gems.

Gather with your friends to enjoy the sunset and feasting on traditional Balinese cuisine. Nestle into your accommodations, which will be your home away from home for the next two nights.

After breakfast, cruise the open waters on a private boat to the island of Menjangan.

Swim in the turquoise clear water, view tropical fish like angelfish and clownfish, and explore the stunning underwater scenery of the well-preserved coral reefs of Bali Barat National Park.

Return to the mainland in the afternoon and enjoy a free evening to discover the local nightlife or join an optional Indonesian cooking class.

Appreciate the charming Balinese countryside as you head to the artistic and cultural town of Ubud.

Make a pit stop to walk through clove and coffee plantations in the hilltop village of Munduk followed by a visit to some hidden waterfalls.

Visit the vast expanses of terraced, green rice paddies at Jatiluwih, one of Bali’s iconic destinations.  Arrive at Ubud in the evening and enjoy a free night to explore this artsy little town.

After working up an appetite, choose from one of several health conscious cafes for lunch. Enjoy a free afternoon to shop in the local markets and art galleries in the downtown area.

Gather together with your friends for your farewell dinner and enjoy a final night out in Ubud.

Reflect on your Indonesian experience over breakfast and make plans to keep in touch with your new community of travel friends.

Take the included transportation to Ngurah Rai International Airport for your flight back home or continue the journey on your own and explore more of Bali.

Book with confidence: it's free to switch your trip more than 30 days out.
‍Travelers are responsible for airfare to and from Indonesia.
Optional activities and associated transportation are not included.
All Under30Experiences trip prices are in USD.

View Calendar
OUR travelers LOVE US

"I just got home from the Bali trip and all of my expectations were exceeded. This was my second trip with Under30 and I knew it would be amazing, but I really have no words for how transformative this week was. We followed the itinerary, but they also made room for us to customize aspects of our trip. I can’t wait for my next trip with Under30 later this year!" -Jenny L.

"I just got home from the Bali trip and it was a life changing experience! The way that you are completely immersed in the culture makes this trip so special. Every single activity you do on this trip is awesome and there’s a nice balance between free time and organized activities. I completely fell in love with Bali on this trip and it far exceeded my expectations!" -Olivia C.

"Just got back from my trip and it was better than anything I could have ever imagined. I was a little nervous about traveling by myself but my Trip Leader made it so easy to contact her with questions/concerns before the trip even started. We were able to do everything we wanted to do on this trip and then some. I like that we were able to do touristy things but also really immerse ourselves into the culture. I really feel like I made some lifelong friends on this trip. Going to start saving up for my next trip now!" -Alex T.